The chosen issue for the 2010 digital creation course was how to interact with objects that you cannot touch, specially with ones from the Musée des Arts Décoratifs’s collections. Students of Telecom ParisTech had to produce representations and scenarios of use who poetically explore the potentials of new media but also of photography, video and narrative that address this question of touch in museum.

This project is the result of my interpretation of a challenge, to realise a multimedia production considering the following theme :
“The forbidden touch at the digital era” (in the context of the museum of decoratives arts in Paris).

The question can be asked : “why does a visitor want to touch a piece of art?”. Most of the time, it’s a curiosity impossible to satisfy but I tried to realize a device that allows adding some information and interactivity. This device is composed with a distance-sensor (a sonar) communicating with a microcontroler (arduino) sending datas to a computer with a multimedia interface (Processing) and a videopojector. When a visitor is detected, the device can react by playing a video or a sound to incite him to get closer ; when he gets close to the piece of art, some other informations can be offered (and if this visitor is too close an “alarm” can still be given). 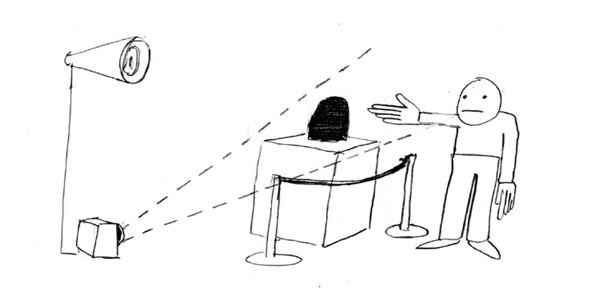 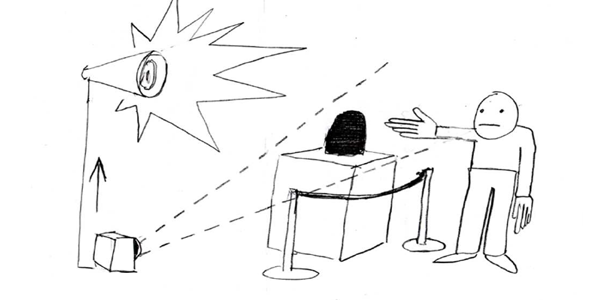 My project is an imagination of having the power to manipulate all the objects we wish to touch in the museum and this is done with our proper hands yet without touching.

I used in my video many painting tools such as zooming, cutting, pasting, erasing as well as changing the colors whether by playing with the luminosity of the image and the contrast or with the opacity and percentage of the RGB colors. I also used some special effects on some of the objects like mirror effect, rotation effect, noise effect (fuzziness) and deformation.

This work deals with how to discover artworks or objects in museums with our sens of touch. It follows the idea that, as Condorcet said “when the sight is becoming richer and richer, it is  at the expense of the touch”. To illustrate this point, you could discover a blinffolded model walking around the museum. By touching objects and hearing the sounds thus created, he could (and us by the computer way) concentrate on his proper reconstruction of the touched object. You’ll have to recreate the route of his hands and follow his appropriation of the artworks that will become yours. But be careful, touching objects may have amazing consequences on the way you can approach the works. 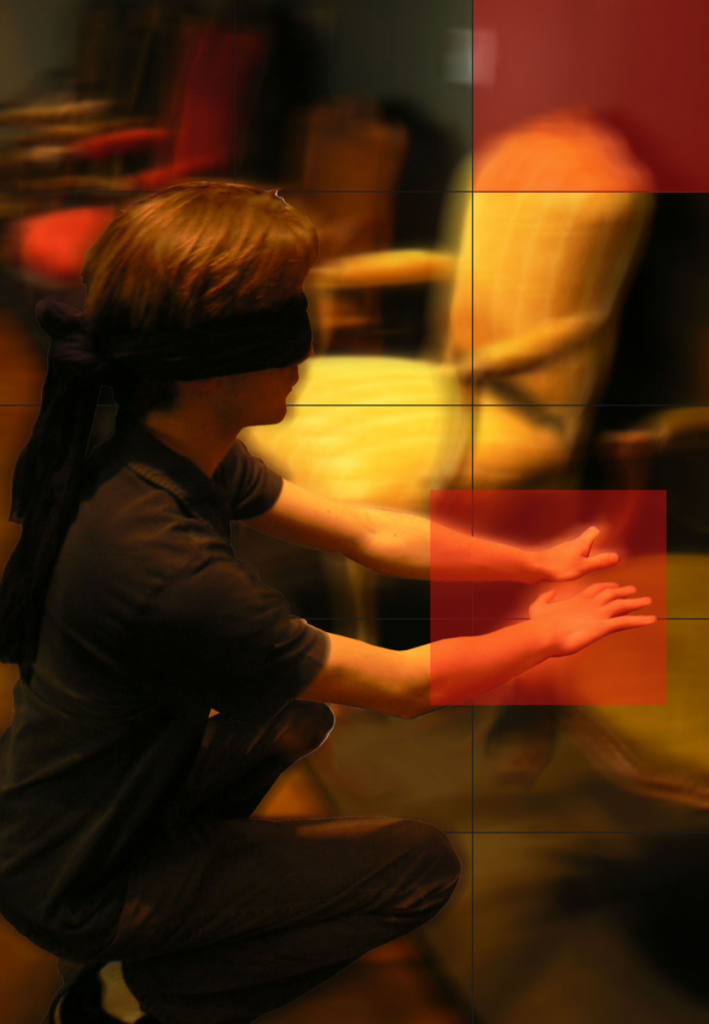 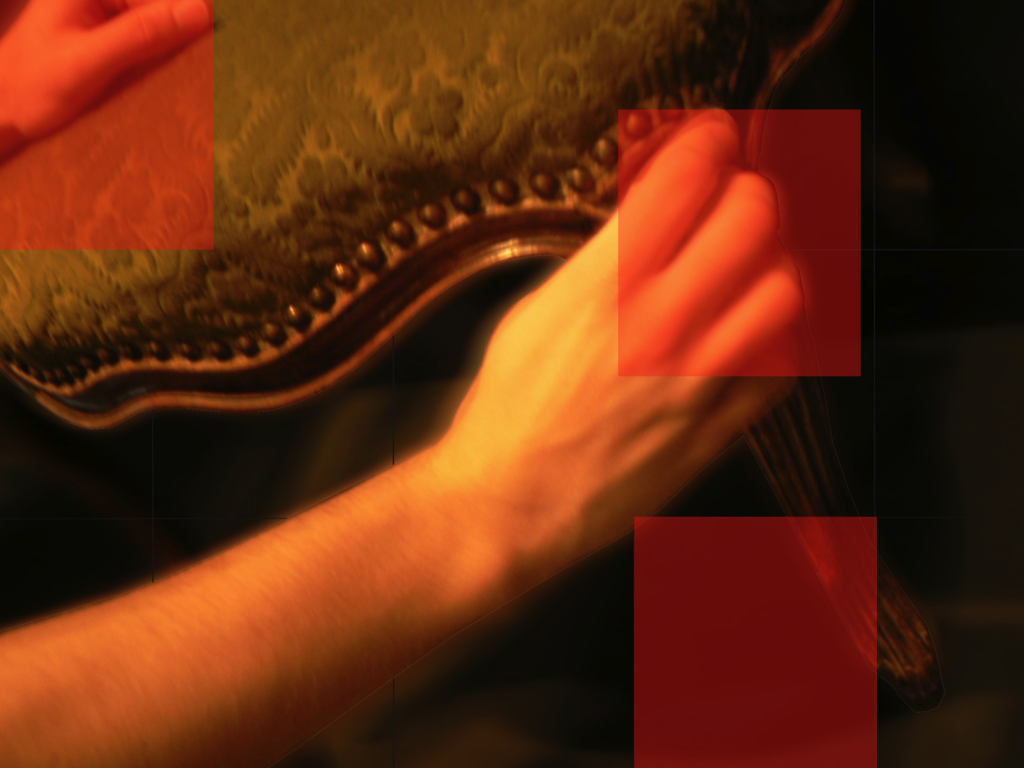